What is the best fantasy RPG?

Johanna Gooding July 31, 2022 Roleplaying Comments Off on What is the best fantasy RPG? 1 Views

D&D Radiant Citadel’s Pam Punzalan Is Proud Of Her Filipino Heritage: “Nobody Can Take This From Me”

The Elder Scrolls V: Skyrim and The Witcher 3: Wild Hunt are two of the best fantasy role-playing games (RPGs) ever released. There have been many debates about which title is the best RPG for quite some time now, and different people have their own opinions about it.

While both provide players with an engaging story, set in a fantasy world that allows them to re-enact a hero’s journey, they also differ in gameplay, style, and world design.

Bethesda’s Skyrim is an original tale set in their own fictional universe of Nirn, while CD Projekt Red’s The Witcher 3 is a continuation of the novels written by Andrezj Sapkowski.

In this feature, the two RPGs are pitted against each other and analyzed based on five different categories. As either game gains or loses a point each round, a final tally is assembled to determine which is the better title of the two.

Note: This article reflects the opinion of the author.

A direct comparison of Skyrim vs. The Witcher 3

The first and most important aspect of any game is its story, and The Witcher 3 doesn’t hold back in that regard. The game’s narrative opens with Geralt searching for his adopted daughter, Ciri, and seeing him reunite with many old friends along the way. With many choices affecting the outcome of the various stages of the main campaign, this storyline manages to entice players right from the start.

Skyrim’s story is also pretty epic, albeit with a very different take. This RPG gets players hooked with a simple narrative device: by starting the game in res media, ie in an ongoing plot. As a simple individual caught crossing the border, the player is to be executed but is unwittingly saved from this predicament by the arrival of the game’s main antagonist, Alduin, the World Eater.

Comparing the two narratives, The Witcher 3 picks up the point, as it soars, when it comes to the well-written, intricate plot that takes into account many player choices. Skyrim’s overall story is exciting and gives the player character a much bigger focus, however, it’s still a fairly straightforward journey between good and evil.

Skyrim’s gameplay is varied and includes melee weapons, long-range weapons, magic abilities, and spells. This ultimately translates into its ability to give players a choice of options and how they can play the game. Players can therefore create different builds in this RPG, which makes it so replayable.

The Witcher 3, on the other hand, has its strength in its combat system, with intuitive controls, a parry mechanism, and a doge button. All of this helps to make the game’s monster-slaying – and combat in general – an engaging and rewarding affair.

However, out of both games, Skyrim gameplay will take the win here. Although its general combat mechanic is quite simple, the fact that it gives players a huge level of freedom to fine-tune their own playstyle is quite commendable. The Witcher 3 may excel in combat, but it has little to offer in terms of ingenuity other than that.

For a game released in 2011, Skyrim’s visuals were quite splendid as it contained a diverse landscape including vast plains, hilly regions, and ice-covered glaciers. With the release of a number of mods that further improve the game, Skyrim looks like a modern title even in 2022, with HD resolution and 4k textures.

The Witcher 3 presented an equally stunning world to experience adventures. Released four years after Skyrim, the advanced technology implemented in the game is noticeable in every game setting. Additionally, its second DLC, known as Blood and Wine, introduced new areas that sported a vibrant aesthetic. which was unreleased in the main game.

In this particular round, The Witcher 3 will get the point, not only because of its advanced graphics, but also because even after many improved re-releases, Skyrim is no closer to capturing the quality of visuals seen in the first.

The open world seen in Witcher 3 is one of the biggest maps seen in RPGs, at least for games at the time of its release.

Apart from the main story, it also contains a considerable amount of side activities and additional content for players to immerse themselves in. The title also features scripted micro-events around the map, which can be missed if players aren’t in the right place. at the right time.

The world of Skyrim is also filled with hundreds of additional activities and quests to follow, brimming with lore. Random events can occur on the map whenever players choose to venture out on their own, and getting from point A to point B is always a more exciting experience than you would normally expect.

In terms of the open world, Skyrim gets the point. In The Witcher 3, the open world features enemies at set levels, relative to certain areas. This means that at the start of the game, many areas are unexplorable because the enemies are simply too difficult to face.

In contrast, enemies in Skyrim, with few exceptions, level up with the player and some have a cap on how high they can level. This gives players the freedom to explore almost the entire map from the start of the game.

One of the essential aspects of an RPG is its leveling system and Skyrim’s is one of the best in the business. Instead of relying on experience gained from completing quests, players improve in a skill as they perform it. Upgrading a skill in turn distributes points for a character to level up, which can be used to increase the player’s HP, stamina, or magicka.

In The Witcher 3, leveling up is done by earning experience points by completing quests, like in most RPGs. This in turn can be used to unlock new skills and improve various stats, although these perks can be selectively activated. Only a certain number of Perks can be active at a time, and as players level up, more and more Perks can be activated together, up to a final total of 12.

As stated above, Skyrim has one of the best leveling systems in an RPG to date, and therefore it will get the point here as well. Its rare mechanic adds to the freedom given to players to design their own character builds. By comparison, leveling in The Witcher 3 is rather complicated and requires a lot of grinding to even feel consistent.

Skyrim’s diverse gameplay, immersive open world, and intuitive leveling system still set it apart from other RPGs even to this day. Because of this, it wins the crown for best one-on-one fantasy RPG. It’s no wonder fans are constantly looking for an Elder Scrolls 6 on the horizon, even if it looks like they’ll have to wait a little longer.

The Witcher 3 still gets props for being the game with a better story and wow players with its splendid visuals. With CD Projekt Red apparently working on a new Witcher title, things are looking up once again for this series.

Q. What do you think is the best RPG? 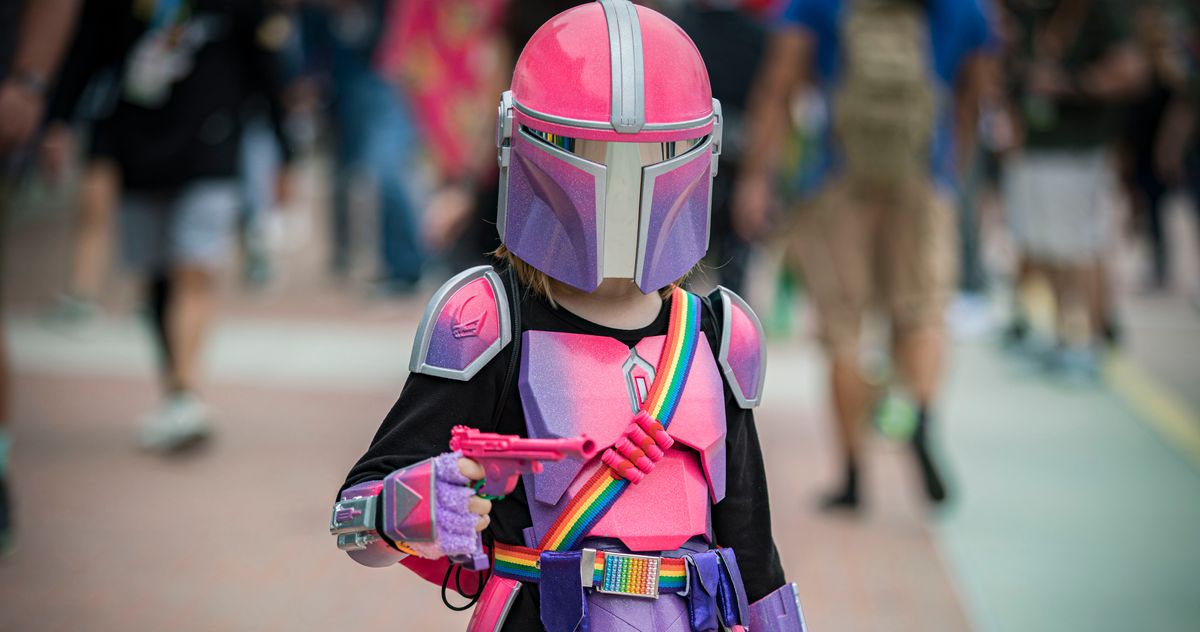 San Diego Comic-Con 2022: The best and the worst