GTA RP is filled with interesting and entertaining characters played by various streamers. One of the most popular characters in GTA RP is Benji Ramos, played by famous streamer Lysium on NoPixel.

Role-playing in GTA involves creating a distinct character and acting in a way that suits that character. NoPixel is one of several GTA RP servers where streamers engage in role-playing games. It’s by far the most popular, with some of the best-known GTA streamers taking part in it.

This article takes a look at Lysium’s character, Benji Ramos, on the GTA RP NoPixel server, and everything GTA fans should know about him.

Benji “Mr. B” Ramos is a patriotic Filipino who wears a hat with his name and the Philippine flag on it. He typically wears a bulletproof vest, yellow tinted sunglasses and a yellow bandana mask, and holds the title of “Vice El Jefe” of the Vagos gang on NoPixel.

After becoming a partner in crime with Jean Paul and Irwin Dundee, he was given the nickname “MB” He is very close to Yuno Sykk, for whom he serves as a mentor. Benji is in a relationship with Ash Ketchup, with whom he spends a lot of time.

Benji is gregarious and funny, often trying to tone down under stressful circumstances. He is well known for his loud and contagious laughter. Benji can sometimes become enraged and lash out when offended.

When convicted of crimes, he is also known to have tried to negotiate his exit. Benji can show his softer, more affectionate side when chatting and flirting with his girlfriend, Ash Ketchup. 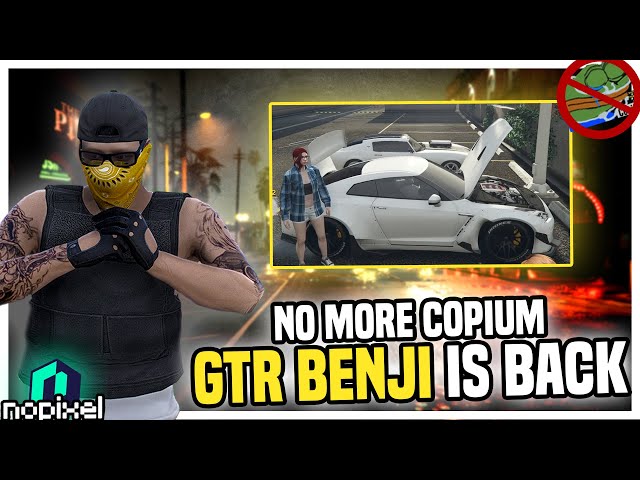 After being introduced to the Bondi Boys MC by Michael Simone, Benji immediately joined the club. Michael was also one of his first friends from Los Santos.

Benji was elected as a patched member when Stevo Strawberry was briefly elected president of the BBMC. During this period, he spent much of his time with Irwin Dundee and Michael Simone, among others.

Dundee felt crushed when The Fallen MC seized the majority of the BBMC’s finances and weapons. Benji returned all of his emergency cache that he had stored in his residence to prove his real commitment.

During a shootout at Pillbox Medical Center on December 13, 2019, Benji and the BBMC shot and killed Officer Maverick Shaw. He and his crew were eventually apprehended and charged with murder and terrorism.

He was convicted of murder and sentenced to life imprisonment with the possibility of parole. Benji was eventually released after serving more than 30 years in prison and 15 years on parole.

While at the BBMC, Benji held the rank of Road Captain. Dundee gave it to him when Benji proved his loyalty to the club following the events at Pillbox Medical. Benji is no longer a member of the BBMC due to disagreements over how the club should be run.

Arush Patel “Speedy” Santana convinced him to join the Vagos after leaving BBMC. He’s been with the Vagos ever since, rising through the ranks to Vice El Jefe.