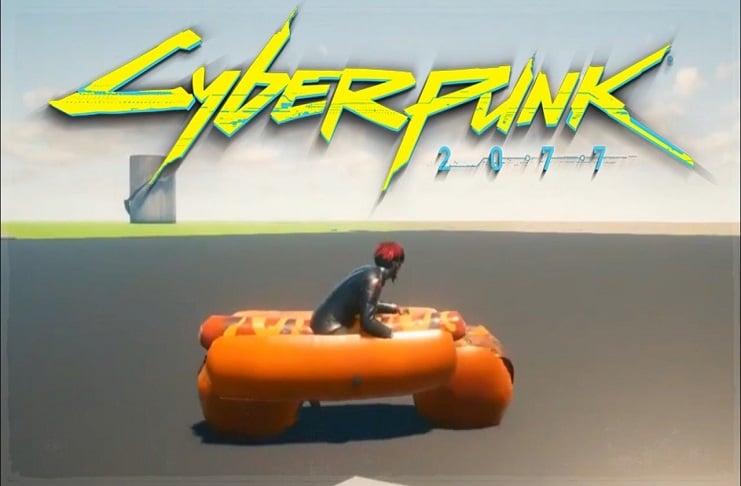 It was a bizarre week for CDPR as they tried to explain why they had largely missed profit forecasts. The obvious culprit is of course Cyberpunk 2077, but CDPR, even to its own investors and industry analysts, was incredibly suspicious of how many copies the game sold in the first quarter, declining to give specific numbers.

Here is their explanation why, via the official transcription.

“We usually release unit sales when we hit certain milestones – round numbers that we can report. ”

So no round numbers. No milestones. But this question was immediately followed by an analyst where he estimates Cyberpunk’s sales at 800,000 for the entire quarter. Keep in mind that Cyberpunk took 8 million pre-orders and sold 13.7 million copies in just a few weeks in December, including these. You would imagine that 15 million copies sold would be a “round-robin milestone”, but that may not even have been reached.

CDPR said its calculation did not apply correctly to Cyberpunk, but did not come up with an alternative figure. But they did reveal a few things about sales that certainly imply that number may not be far off. First, retail sales:

“When a retail store sells a copy, they probably bought that copy last year – so that number of copies was reported to us by distributors last year, and we reported that revenue last year. …. and they keep selling. This means that our distributors do not ship additional stock to them, and our revenue does not include any additional influence of this.

They say retail stores are still selling the copies they bought the year before. While this isn’t necessarily unusual, the idea is that if your game was successful they would sell out. outside of these physical copies and should order more from CDPR. Everything they’re saying here says that hasn’t happened in the entire quarter. All physical units still sold in stores were purchased last year and they did not earn any new income from additional physical sales.

And then, of course, Sony is removing the game from PlayStation Store for the entire quarter, canceling a player base of 115 million PS4 players and millions of new PS5 players.

“Since Cyberpunk is not on the Sony storefront, we did not report any sales there – however, of course, The Witcher 3 was still selling.”

So the only major CDPR game sold on the PlayStation store is The Witcher 3, but that means all Cyberpunk sales for the entire quarter, since outlets did not purchase new physical copies, should be only: Xbox Store digital sales, PC digital sales, Stadia digital sales, the latter of which is probably negligible. And they said the majority are PCs.

Combine that with A) the normal post-release drop and B) the utter public relations disaster of the post-release Cyberpunk state and suddenly an estimate of 800,000 units sold over an entire quarter doesn’t seem so unlikely. If not, it stands to reason that it could be close.

What is clear is that CDPR is unlikely to hit the forecast of 27 million units of Cyberpunk sold in its first year, given the sharp drop in that number. There will undoubtedly be an increase if they can release the PS5 / Xbox Series X versions within the year, but it’s unclear how much the game’s reputation may have recovered by then, if at all. even after all these fixes and the promised free DLC. , which should be there by then.

Pick up my sci-fi novels on Herokiller Series, and The Terrestrials trilogy, which is also on audio book.

Previous 5 most popular streamers who play GTA 5 RP on HTRP server
Next There really is a Final Fantasy Battle Royale coming up, and I played it for 20 minutes