In Minecraft Dungeons, players will have to fight against a wide variety of monsters, mini-bosses, and bosses. To overcome difficult encounters, they must choose their weapons wisely.

Minecraft Dungeons melee weapons that give players the best advantage

The Diamond Sword is the most iconic weapon in Minecraft, and the same can be obtained in Minecraft Dungeons as well. It is a unique variation of the sword. As this weapon is unique, players can add the Sharpness enchantment to their Diamond Sword for free.

At power level 108, the Diamond Sword can reach a maximum damage of 1,904. Players have a chance to get the sword by defeating the Grim Guardian in Minecraft Dungeons. It can also be acquired by trading with a Luxury Merchant or Piglin Merchant. It is also found in the following locations: 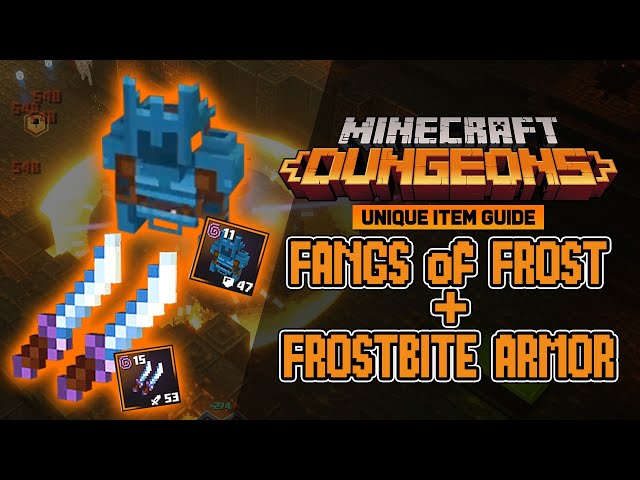 Fangs of Frost is a unique variation of the dagger and comes with the Freezing enchantment in Minecraft Dungeons. When it comes to attack strength, this melee weapon may be insufficient. However, with its fast attack speed and dual wield ability, players can deal serious damage quickly.

Frost Fangs reduces enemy movement speed with the Freeze enchantment. Players have a chance to get this excellent dagger by defeating The Tiny Scourge. They can also get it by trading with a Luxury Merchant, Mystery Merchant, or Piglin Merchant. The dagger can also be found in the following locations: 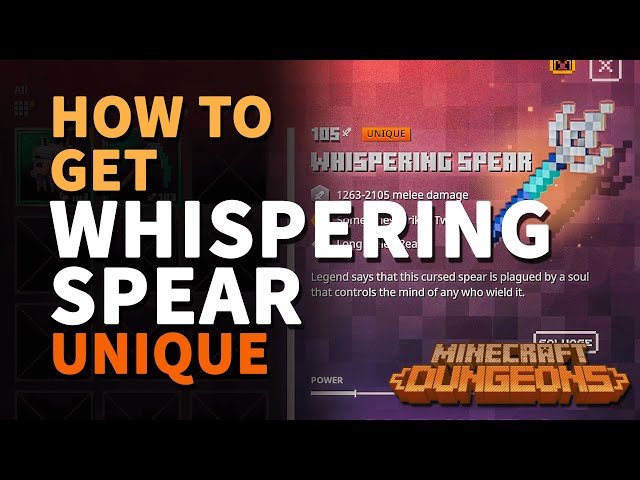 The whispering spear is one of the most amazing weapons in Minecraft dungeons. It not only looks amazing, but it is also great for melee combat. It was introduced in the Minecraft Dungeons DLC, Jungle Awakens.

The Whispering Spear is a unique variation of the Spear and comes with a special enchantment called Echo. Players can obtain this weapon by defeating Pestilent Summoner. This weapon can also be obtained by trading with a Luxury Merchant, Mystery Merchant, or Piglin Merchant. The spear can also be found in the following locations: 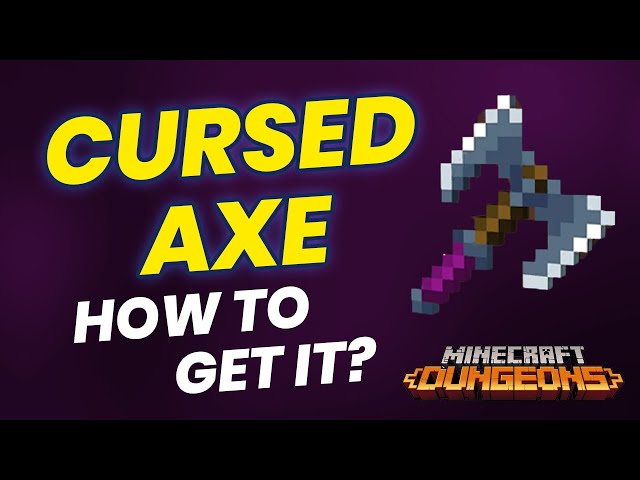 The Cursed Ax is a unique variation of the Double Ax, which was added to the Minecraft Dungeons DLC, Jungle Awakens. This melee weapon comes with the Exploding enchantment. When a player defeats a mob with the Cursed Ax, the mob will explode and deal damage to other mobs around it.

Players can get it by defeating the Abominable Weaver. Like other weapons, it can also be obtained by trading with a Luxury Merchant or Piglin Merchant. The ax can also be found in the following areas: 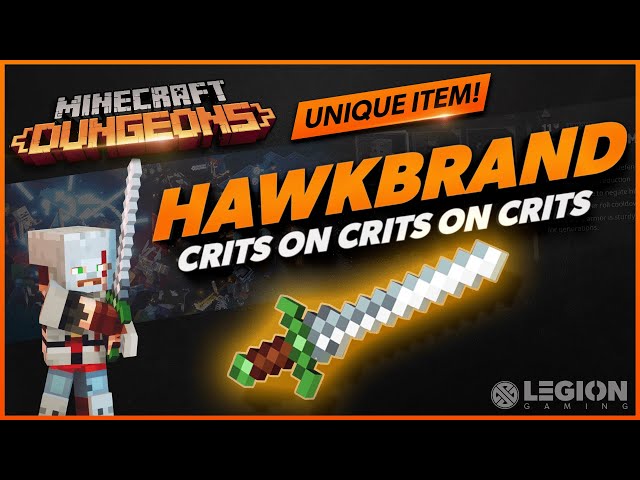 Like the diamond sword, Hawkbrand is also a unique variation of the sword. It comes with the Critical Strike enchantment, which increases critical strike chance by 10%. Players can get this weapon by defeating the Grim Guardian.

It can also be obtained by trading with a Luxury Merchant, Mystery Merchant, or Piglin Merchant. Players can also find it on:

It’s a great melee weapon for beginners as they can find it early in the game with a bit of grind. Critical hits will help them deal more damage early on.

Disclaimer: This list is subjective and reflects the views of the author.

Dungeons & Dragons is a game of high adventure, but if you play it well, …